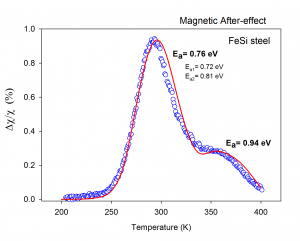 Experimental research in magnetism and magnetic materials at the Institute of Physics is being conducted in several laboratories using different experimental techniques. The present research is divided between the fundamental research of magnetic phenomena and interactions in materials and commercial research through custom order by the pharmaceutical industry. Important breakthrough towards applied magnetic research at the Institute was made at the beginning of 2015 when the Laboratory for the ac susceptibility joined the Workpackage Materials of the Eurofusion Consortium by researching the new generation of Fe-Cr and ODS steels with application in nuclear fusion and the fourth generation of the fission reactors. The contribution of the Laboratory for the ac susceptibility to the research performed within JPNM  (Joint Programme for Nuclear Materials), one of the EERA programs (European Energy Research Alliance), presents a foundation for long term integration with the European research area in the strategic domain of energy research (specifically nuclear fusion). 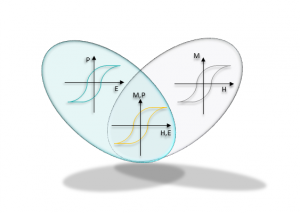 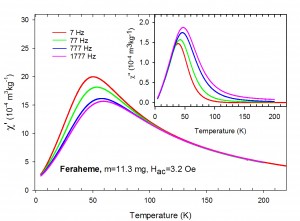 The magnetic nanoparticles have been a research topic at the Institute of Physics for many years due to their large potential in applications in IT industry (data storage, quantum computers) and biomedicine (targeted drug delivery, removal of tumour tissue by heating, increase of the MRI contrast etc.). Properties of the magnetic materials of nanometre sizes are significantly different in comparison to bulk samples of the same material, which leads to the blocking of magnetic moment accompanied by slow relaxation rate of monodomain magnetic nanoparticles at low temperatures, while at high temperatures the system behaves as a superparamagnet. In order to utilize magnetic nanoparticles for different applications it is extremely important to understand the phenomena which govern their properties and determine the transition between the blocked and superparamagnetic regime, as well as possible collective effects.

The low dimensionality of magnetic lattice or frustration can lead to systems with strongly correlated, but disordered magnetic state – so called quantum spin liquid. This state appears due to quantum effects in systems with strong correlations between electron spins, e.g. in one-dimensional Heisenberg antiferromagnets. The need for the fundamental understanding of the quantum spin liquid state is motivated by the research of the exotic magnetic materials, but also by the need to understand the mechanism behind the high-temperature superconductivity.

The research of the influence of disorder on the strongly correlated systems has lately been in the focus of the research at the Institute of Physics. The interest in the disordered systems is both theoretical and experimental since there is a possibility for the application of such systems in advanced technologies since the pinning processes which are found in those materials, influence directly the speed and the dissipation of energy in electronic devices.

The key research potential can be found in consolidation of theoretical and experimental methods in the study of these systems. Unique expertise of the group for ac magnetic susceptibility has resulted in development of instrumentation which allows ac susceptibility measurements in extremely low applied magnetic field, which is an important prerequisite for the measurements of the effects of long-range correlations. Experimental research is focused on interplay of two physically interesting effects: thermodynamical phase transition and relaxation dynamic of domain walls during the process of pinning in the studied metallic glass. Here, a direct observation of the critical exponents of the pinning transition in magnetic system is expected which should lead to a better understanding of this phenomenon. The experimental research is complemented by the theoretical investigation of the “random manifold” model which is currently being conducted by use of sophisticated theoretical nonperturbative renormalization group models.